Above: me at the home of Virginia and Leonard Woolf (Monk House) in East Sussex. Photo by Kate Gould.

For my bio, see here.

For profiles of my work & interviews with me, please see here.

My books include the award-winning Writers and Rebels: The Literatures of Insurgency in the Caucasus (2016). I have translated books from Georgian and Persian. My articles have received awards ranging from the International Society for Intellectual History’s Charles Schmitt Prize to the Women’s Caucus for the Modern Languages Association’s Florence Howe Award for Feminist Scholarship.

My CV on Academia.edu 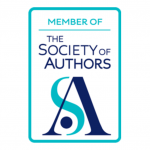