High Tide of the Eyes

“This is poetry of the highest order, that speaks to the spirit as well as the body, and speaks to them sometimes as if they were one. Elahi is a modern metaphysical – a modernist metaphysical – but he never forgets that the sense must live as well, and that the poem must communicate its complexities through the clarity of a language that has been distilled to its clearest, sharpest form. These lines soar lyrically, and yet they are held down by the poet’s concern with the world as we live it. These poems come through beautifully into English – not just because his translators are so skillful and creative in their approach, but because they love his work and want to share it with new readers in ways that make the poems live anew in the English language.” –Patrick McGuinness

“One of Iran’s leading modern poets featured in all of his playful complexity. Like his poems, Bijan Elahi’s own writings on translation (brought into English here for the first time), belong alongside such seminal ​western verse-translators as Ezra Pound.”–Roger Sedarat 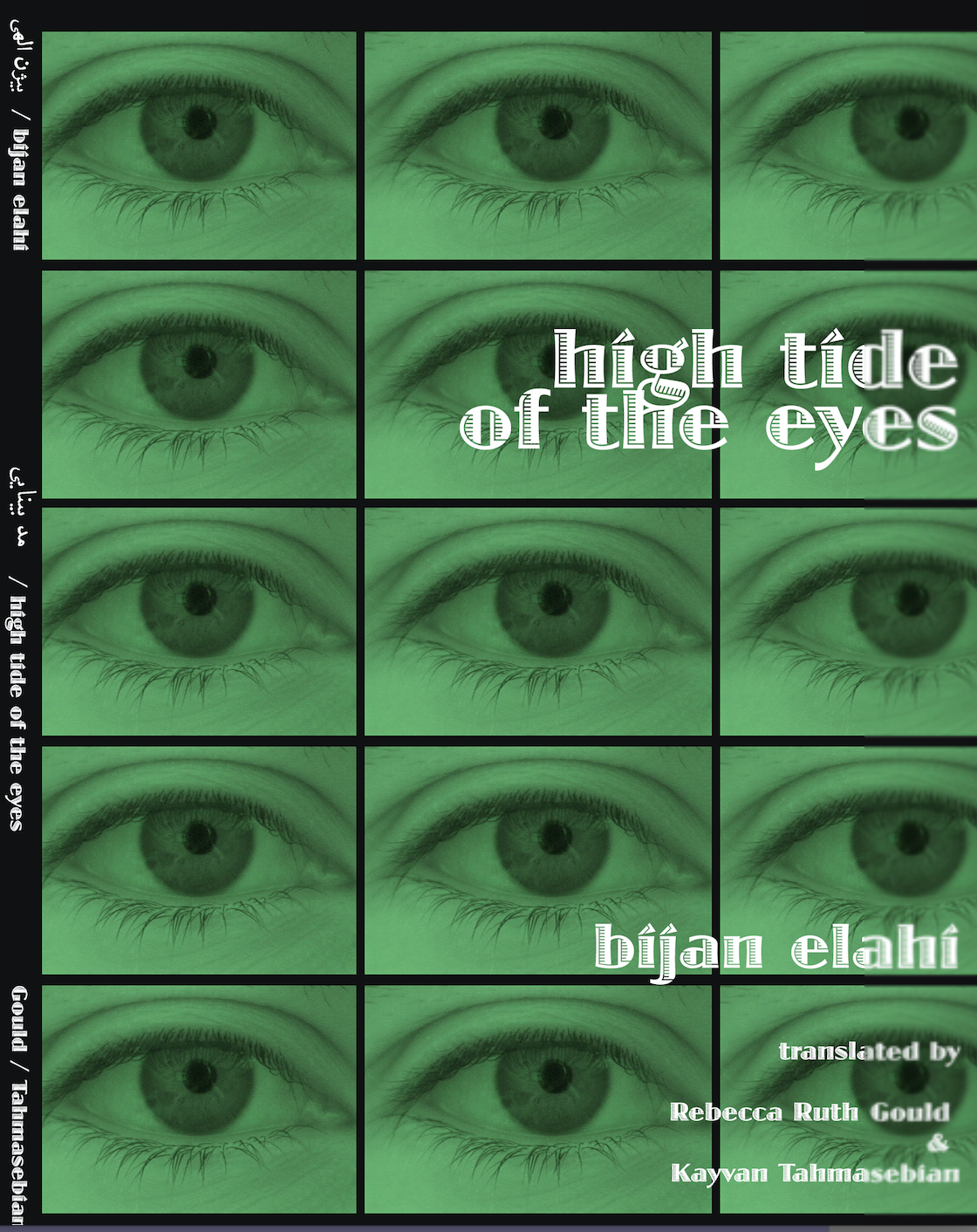 You can watch a video of Kayvan and I discussing three of our translations here:

The book can be downloaded for free here.