How Palestinians represent their displacement 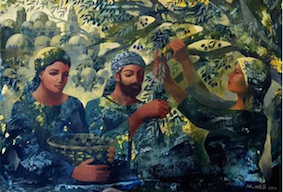 The past decade has witnessed a sea change in Palestinian art history. Great art has been produced by Palestinians for centuries, but only recently has this art become accessible to the wider world. In 2009, the study Palestinian Art by Palestinian artist and art historian Kamal Boullata (1942 − 2019) first appeared in English. Boullata was born in Jerusalem, but he spent most of his life in exile: in Beirut, Italy, Morocco, the US, and France. Like many Palestinians of his generation, he was never permitted to return to his home in Jerusalem. As Boullata stated in an interview shortly before his death (recorded in the video below):

Throughout my painting career, the experience of light had always been central to my work. Perhaps it is the light of Jerusalem that I have been seeking to recapture all along.

Assembling the author’s prior writings on Palestinian art (many of which first appeared in Arabic) into a single book, Palestinian Art is the most complete and comprehensive discussion of the history of Palestinian art available in English, and it deserves to be more widely known. In this article I will introduce Boullata’s work and reflect on its broad significance. 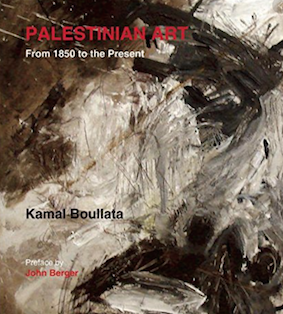 Cover of Palestinian Art: From 1850 to the Present

Palestinian Art represents the culmination of more than three decades of the author’s fieldwork, research, and practice of the art of painting itself. Boullata brings the eye of an artist as well as of a scholar to his subject matter. He begins, as any history of Palestinian art must, with “the national
catastrophe that precipitated the deracination and dispersal of the Palestinian people” (27) and the looting of Palestine’s artistic treasures that attended the birth of the state of Israel.

Instead of moving chronologically forward from this point, Boullata moves backward in time. Part 1 (“From Religious to Secular Painting”), discusses the birth and development of studio art in Palestine, with a particular focus on Ottoman Jerusalem. One of the book’s unexpected surprises is the discussion of the role of Russian and Byzantine iconography in “illuminating the course of the local painting tradition” in Arab Orthodox churches, and, ultimately also in secular art (32).

Boullata’s chronicle of the birth of secular painting from religious art is followed by Part 2 (“Memory and Resistance”), which consists of four chapters set in the post-1948 era. This period of the most profound suffering for the Palestinian people also coincides with the appearance of abstraction in Palestinian art. Drawing on the work of postcolonial theorist Homi Bhabha, Boullata traces in painstaking detail the multiple ways in which the emergence of abstraction in the field of aesthetics is linked to what Bhabha describes as the challenges of “a putting together of the disremembered past to make sense of the trauma of the present” (123).

Part 3 (“Art from the Ghetto”) begins, as might be expected, with the 1967 Six-Day War (al-Naksa). But as with other sections of this book that begin with war and open onto new aesthetic horizons, Boullata discovers in the Palestinian ghettos that were the result of this war forms of art that the world outside its borders never knew to have existed.

At this point in the book, noticeably, women come to populate Boullata’ s narrative. Reviewing the careers of Zula al-Sa’di (1905–1988) to Sophie Halaby (1906–1998) to Juliana Seraphim (b. 1934) and Mona Hatoum (b. 1952), Boullata finds that “Arab women artists have been instrumental in shaping the history of contemporary Arab art” (p. 181). He further notes that the recognition Arab women artists have been accorded in the Arab world often exceeds that attained by their western counterparts. 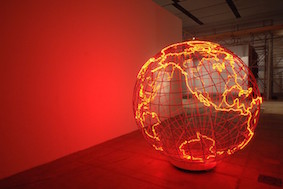 Breaking with the cycle of beginning with war, Part 4 (“The evocation of place”) opens with the author’s childhood, and specifically with his memories of Jerusalem before the Israeli annexation. Boullata then recounts his “nomadic journey” (p. 311) towards defining his own place within a marginal art. Like the book’s preceding three parts if, with greater intensity, these pages intersperse autobiographical aperçus with Boullata’s gleanings from literature (Darwish, Apollinaire, Camus), literary theory (Deleuze and Guattari), art (Matisse, Klee), and Islamic and Christian mysticism (al-Junayd, St. John of Damascus). In an interesting departure from the stance of the outside observer that punctuates much art history, all the illustrations in Part 4 are taken directly from the Boullata’s own prodigious oeuvre.

In concluding his narrative of Palestinian art in the modern era and situating his life story within this history, Boullata invokes Edward Said’s “Reflections on exile” (first published in 1984) to emphasize the double vision that inflects Palestinian modernity.

While “most people are principally aware of one culture, one setting, one home,” writes Said, “exiles are aware of at least two, and this plurality of vision gives rise to an awareness of simultaneous dimension” (p. 331). 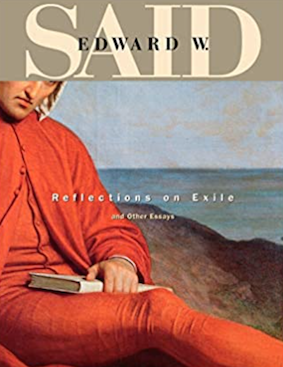 Cover of Edward W. Said, Reflections on Exile and Other Essays

At its most compelling, the multiple temporalities, cultures, and media that enter into Boullata’s ways of reading the pasts and presents of Palestinian art makes of the marginalized Palestinian refugee a universal condition.

On Palestinian Art is a book to be engaged many times, by artists, scholars, and readers interested in Palestinian culture. Each encounter with the text will generate new understandings of Palestinian visual culture and serve as a counterpart to other aspects of Palestinian cultural heritage, such as the poetry of Mahmoud Darwish and Fadwa Tuqan. Boullata gives palpable form to the acute tragedies that have befallen the Palestinian people and specifically the challenges its artists continue to surmount.

Yet, any reader brought into contact with the artistic ingenuity on display in the paintings of Isma’il Shammout, Nabil Anani, Mubarak Sa’ ed, Juliana Seraphim, Tamam al-Akhal, Jabra Ibrahim Jabra (best known as a writer of prose), Mustapha al-Hallah, Tayseer Barakat, Jumana al-Husseini, and the photography of Ahlam Shibli, and who casts their gaze on the crafted statuettes of Hanna al-Mismar, will be amazed by the persistence of Palestinian artists and by their ability to develop their culture under the harshest conditions, often in exile. 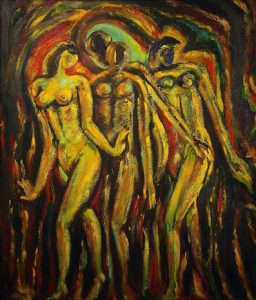 So long as the Palestinian imagination flourishes as it does in these visual creations, Boullata suggests, we have solid grounds for hope regarding Palestinians’ future. The publication of Boullata’s magnum opus in English should act as a stimulus to future scholarship on pre-1850 Palestinian art as well as for further comparative work on Palestinian art in the present. In doing so, it will help us to understand the Palestinian plight from a vantage point that is all too often marginalized in political debate: that of artistic creation. 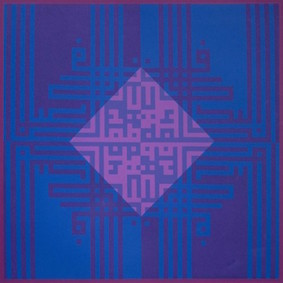 Kamal Boulatta, “In the Beginning was the Word,” via Barjeel Art Foundation