I am a left-leaning intellectual who cares about free speech, peace, global equality, gender, social, and racial justice, and a range of issues related to Muslims. 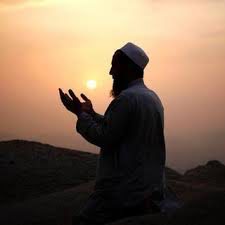 My politically oriented articles for the general public are listed below in chronological order. The list is also divided according to topics on the drop-down menus above and below.

2017 “Why internationalisation matters in universities,” The Conversation.

2017 “A Double Standard for White Terrorists,” The Progressive.

2016 “Regime Change Abroad, Fascism at Home: How US Interventions Paved the Way for Trump,” Counterpunch.

2015 “The Islamic State’s Perversion of Hijra,” Project Syndicate. * Translated into:

2015 “What the Tsarnaevs didn’t Know: The Untold Story of Chechen Non-Violence,” Informed Comment.

2014 “Aaron Swartz’s Legacy,” Academe: Magazine of the American Association of University Professors 95(1): 19-23 (with related post, “Mehanna and the Freedom to Dissent,” at Academe blog).

2014 “A Homeless People,” (on the Circassian genocide) Transitions Online.

2011 “Canons, Curricula, Numbers,” Inside Higher Ed (on the corporatization of public education).

2007 “The Engaged Outsider: Politkovskaya and the Politics of Representing War,” Spaces of Identity 7(2): 7-30.

2005 “Chechens through the Russian Prism” (on Russian ethnographies of the Chechen wars), Transitions Online (reprinted in The Chechen Times, 18 February 2005).

2004 “Rachel Corrie: A Witness for Our Times,” (essay commemorating the death of the American activist in Palestine) in To Kill, To Die: Women and Organized Violence: Feminist Perspectives on War and Resistance. Hilla Dayan and Laura Gonzalez, eds. (New York: The New School), 34-35.